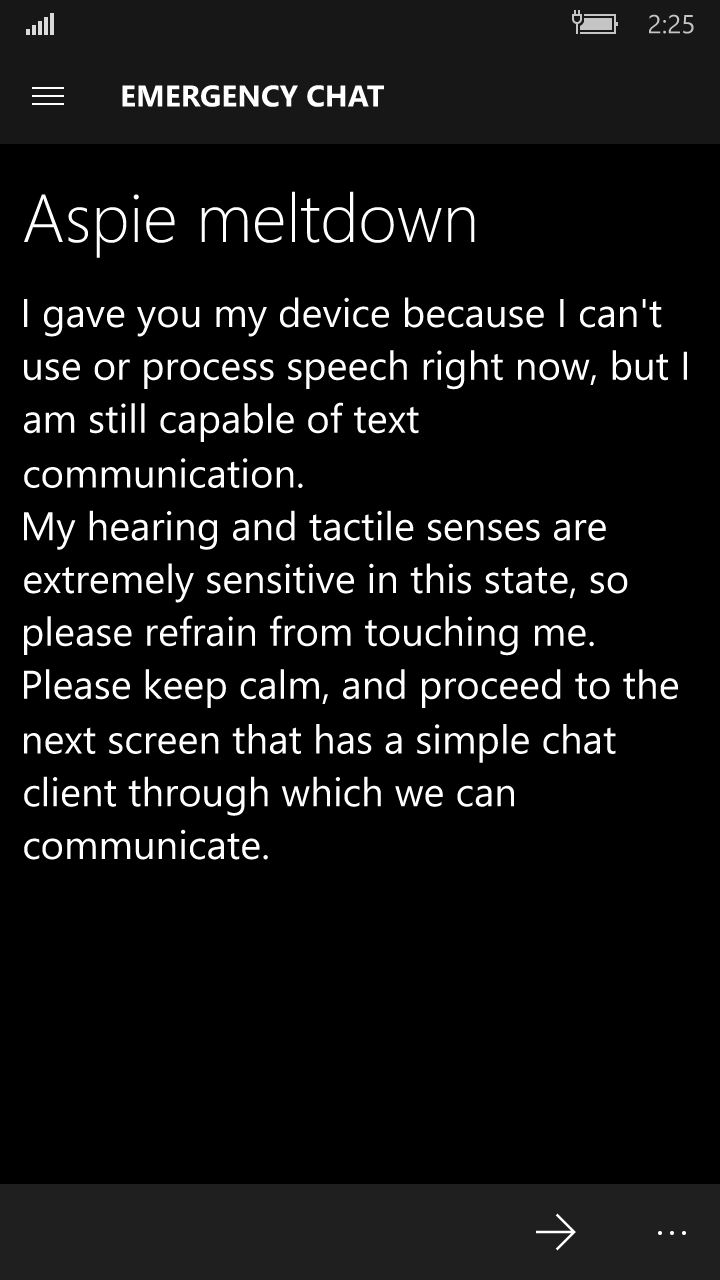 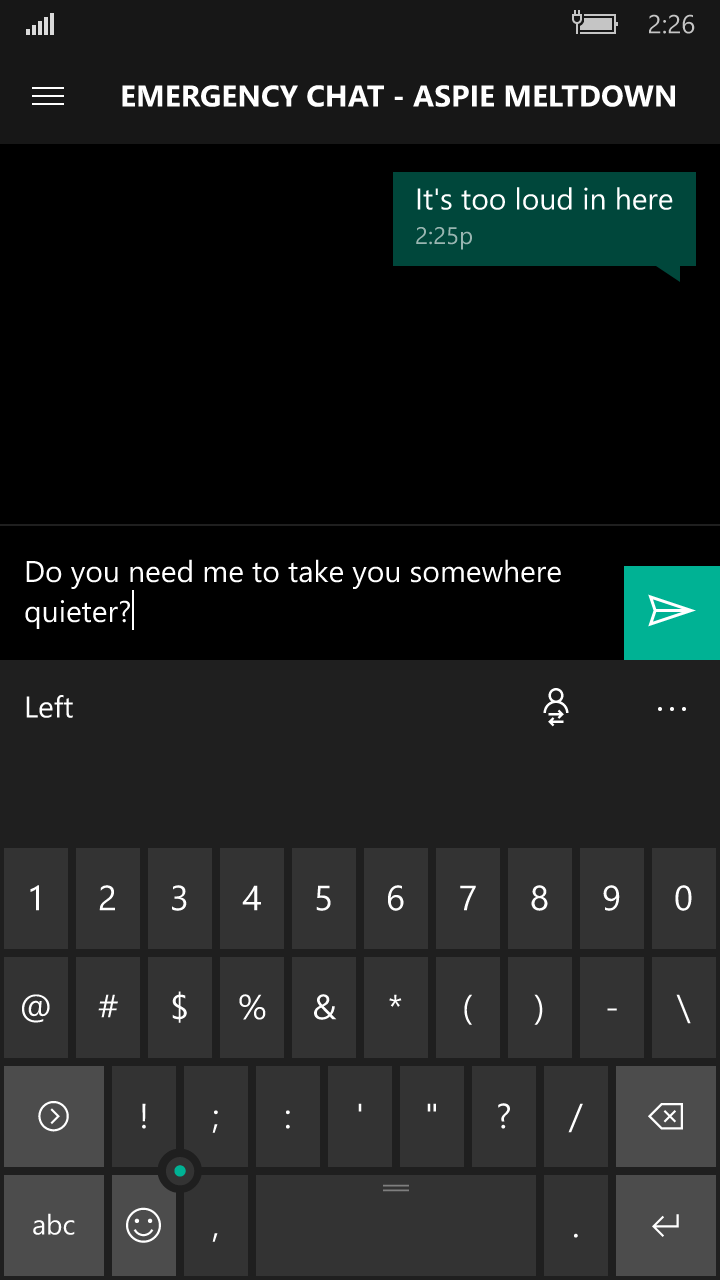 Emergency Chat can be used in any situation where speech is impossible but communication is still necessary.

The app presents a splash screen that explains to the person you gave your device to that you can't use speech and want to use this app to communicate. You can then continue to the next screen which has a simple chat client. The default text is aimed at people experiencing an autistic meltdown, where their speech centers stay non-functional for a while even after they've recovered, but you can edit it or add additional splash screens to suit your needs. You can also pin them to Start so you can get to them quickly and easily.

The Windows version is the first to include support for multiple splash screens for different conditions, and saving of chat history. These features will be added to the Android and iOS versions in future updates.

Privacy note: all chat history is recorded on the device itself and your messages are not delivered over a network. This is not an online messaging app! See the privacy policy for details.

Emergency Chat is now on the Universal Windows Platform (UWP)! This means not only an updated look and feel for Windows 10 phones, but you can now also use it on your Windows 10 PC and tablet!

Please note that this will be the last version of Emergency Chat for Windows Phone 8.1, as on July 1, 2019, Microsoft will no longer be distributing app updates to Windows Phone 8.1 devices. Thank you for supporting the app over the years, and be sure to check out the Windows 10 version (which will continue to receive updates) on your PC, tablet or phone!

Here's what's new in the last version of Emergency Chat for Windows Phone 8.1:

About the Windows app

Emergency Chat is assistive software that helps people communicate via text when they lose their ability to speak.

Originally created for Android, I had the privilege of designing and developing a version for Windows Phone 8.1 and Windows 10 (Universal Windows Platform). You can read my story on the blog.

Emergency Chat is also available for iOS and Android devices. It has its own website, which can be found at http://emergencychat.com.